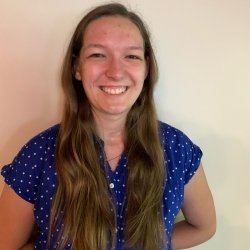 Avery Faust is a musicologist, vocalist, pianist,  flautist, and teacher from New Jersey currently based in Baltimore, Maryland. Avery is currently pursuing a Master’s degree in Musicology at the Peabody Conservatory in John’s Hopkins University. She graduated with the class of 2021 from Elizabethtown College in Pennsylvania with a bachelors in music, focusing on vocal performance.
Avery enjoys working with and teaching young musicians. She has experience teaching students as young as four to adult students. As a teacher, Avery works with students to help them learn about their instrument and channel their creativity through different styles. Her goal is to help her students achieve their goals and enjoy music.
Kat Dillon
Available for both in-person and virtual lessons 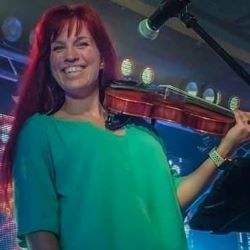 Kat Dillon has been a professional violinist, singer, and stage performer for over 20 years in a broad variety of musical arenas.  She started learning violin at the age of 12 and later studied classical violin under famed violinist Mischa Lefkowitz. Her first professional work was as a violinist in Tehachapi, CA Symphony Orchestra at the age of 16. Through high school, she performed simultaneously as a member of both Bakersfield CA Symphony Orchestra and Antelope College Symphony Orchestra. During her college career, she performed classical violin as a member of Washington State University Orchestra (go Cougars!) and later with West Chester University Orchestra in Pennsylvania.

After college, she turned to power-rock style music  and joined the Trans-Siberian Orchestra-inspired group Wizards of  Winter as lead violinist. She toured with the band for 3 seasons, from Maine to Maryland, playing the entire Trans-Siberian Orchestra catalogue  as well as a variety of original material. She transitioned her style in 2012 to Irish fiddle and joined the Trad-Celtic group Burning  Bridget Cleary. Kat toured with the band across the entire north-eastern  seaboard performing both traditional Celtic as well as bluegrass style fiddle. As both a violinist and vocalist, she is credited for her performance on the band’s popular studio album, ‘Pressed For Time.’

In 2013, Kat fronted her own namesake band, Kat and the Mad Dogz. The wildly popular Pennsylvania-based rock/country cover group performed over 100 shows per year and specialized in hits spanning the 1970’s to  2000’s. During this time, Kat perfected her signature “back bend” move, defying gravity while performing the fiddle solo to ‘Devil Went Down To  Georgia.’

By 2016, Kat discovered her love of neon and became the lead singer of M80, one of the top 80’s rock bands in Pennsylvania. With M80, Kat sang and played electric violin in venues ranging from MusikFest to Atlantic City. 2 years later, Kat was selected as  lead singer of The Reflex, the Washington D.C. area’s top 80’s cover band. The band has been voted DC’s  best cover band by Washington City Paper and was the headlining act at the MGM Grand in National Harbor for New Year’s Eve in 2019. There, Kat performed a duet of the hit 80’s song ‘I Think We’re Alone Now’ side by side with the song’s original artist, Tiffany.

In the winter of 2020, Kat joined forces with The American Rogues, a Celtic Rock group based out of Maryland and Canada. They recently performed for the Annual Navy SEAL's Muster in Ft. Pierce, FL and are scheduled to perform in Scotland and Quebec, among other locations. Kat plays the violin and sings a few tunes as well!

Kat  applies her wide range of musical experience to personally tailor lesson plans that best fit each student’s taste and style. She believes that students best learn when playing the music they love the most and adapts each of her lessons to provide the most fun, optimal learning  experience.

Edwin Jacob
Available for both virtual and in-person lessons 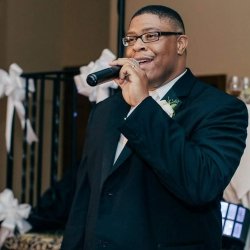 Edwin Jacob, born and raised in the suburbs of the Washington, D.C.-metropolitan area, is an active Vocalist and Music Educator. He graduated from University of the Arts in Philadelphia, PA with a Bachelor of Music (Vocal Performance) in 2011 and a Master of Music (Jazz Studies) in 2012. During this time, Jacob honed is vocal skills in Opera, Jazz, Musical Theatre, Pop and R&B, while sill completing a rigorous workload of ear training, sight-singing, music theory, arranging and composition. While at UArts, Jacob was involved in a number of performances. His most notable performances include: Lead in “Does Your House Have Lions” written by Sonia Sanchez, Directed by Johnnie Hobbs (2009), Lead singer in the children’s album "Get Up and Sing" produced by Mike Kennedy (Forge Recording, 2010 Valley Forge, PA), and Singer in Monkadelic Ensemble – Music of Thelonious Monk (Chris’ Jazz Café 2011 Philadelphia, PA). After graduating, Jacob began teaching Voice and Piano at several locations in New Jersey and is currently the Middle School Chorus Teacher at Christ Episcopal School in Rockville
Jenny Roudebush
Available for both in-person and virtual lessons 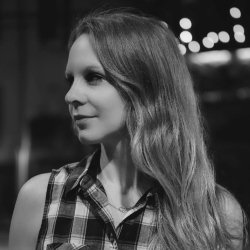 Jenny Roudebush (Terry) is a singer/ songwriter from Mount Airy, MD. She started singing at a very young age with a deep love of music. Growing up, Jenny took classes in voice, piano and guitar, while singing in different bands and choirs. She sang in various recording studios as a demo vocalist for songwriters throughout Maryland.

Jenny received her degree in Music Management from Frostburg State University. While at Frostburg, she studied voice in classical, opera and Broadway styles. In school, Jenny received the exciting opportunity to sing the national anthem at Oriole Park at Camden Yards.

After graduating, Jenny has received many opportunities to sing all over Maryland in different bands and venues. Jenny received recognition as a finalist in a cover song contest handpicked by country music star Sara Evans.

Jenny has recorded on albums with the band Sidewalk Mule titled “Missouri Picnic” (2013) and recorded on friend / musician Cynthia Marie’s album titled “Harbor” (2016).  In March of 2020 Jenny released her first album called “New Girl in Town” and single “Love Is” (2022) which features her love of country/pop music and her traditional roots.  Jenny enjoys teaching voice and piano to all students who want to learn and have a passion for music.

Thomas Hochla
Available for both virtual and in-person lessons 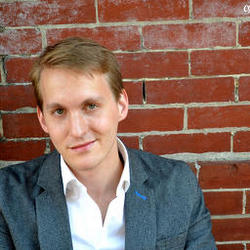 Thomas is a classically trained baritone with many years of teaching experience working with all ages. He works with students to help them find what makes them exceptional and what sets them apart as musicians! His training includes a Master of Music at Peabody Conservatory (currently pursuing) and a Bachelor of Arts in Music from Vassar College. He is also currently working towards his Music Education Certification at Peabody.

Molly Young
Not accepting new students at this time 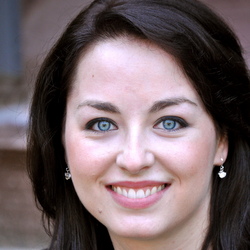 Molly Young is a classically trained singer in Baltimore. She holds degrees in vocal performance and early music from Peabody Conservatory and Western Michigan University. She performs regularly throughout Baltimore and DC as a soloist and chamber musician, spanning genres from opera to Renaissance choral music to new compositions. She works with students on all styles of singing, with specialization in classical and musical theatre repertoire. Molly also teaches beginning to intermediate piano to students of all ages.
Megan Heavner
Available for virtual lessons 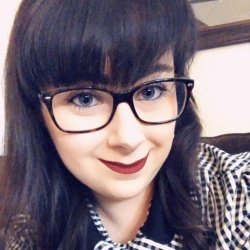 Megan Heavner has been working with students of all ages in the Baltimore area for the last 8 years. She holds an undergraduate and graduate degree from the Peabody Conservatory of Music at Johns Hopkins University where she studied vocal performance and music education. While at Peabody, Megan  spent two years as the Peabody Opera Outreach Coordinator, working with the brilliant team at the Peabody Opera Department to bring interactive children's opera to schools and private venues all around the east coast!  Megan specializes in early childhood and elementary general music and believes that teaching musical literacy and piano skills at a young age can open the doors to learning virtually any musical instrument.  Megan also teaches a series of early childhood music classes and elementary music workshops that teach musical concepts through games and guided play!

An avid and accomplished performer, Megan has sung with opera companies across the United States, Europe and Central America. She has studied vocal technique for over 10 years and focuses on teaching her students not only to sing with correct vocal technique, but also the physiology behind singing so they can build a healthy foundation!
Dr. Amy "Chun-Ting" Chao
Not accepting new students at this time. 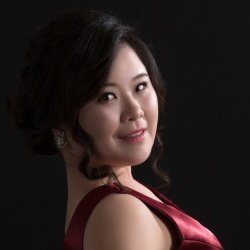 Dr. Chun-Ting Chao, originally from Taiwan, performs as a lyric soprano and a dramatic actress. She also goes by the name Amy. She has obtained a Doctorate of Musical Arts from The Catholic University of America, a Graduate Performance Diploma from the Peabody Institute, a Masters of Fine Arts from Tunghai University, and a Bachelors of the Fine Arts from the Taipei National University of the Arts. Dr. Chao has been cast in the roles of Ortlinde in Wagner’s Die Walküre by National Symphony Orchestra in Taiwan, L'ecureuil in Ravel's L'enfant et les Sortilèges by the Taiwan National Symphony Orchestra, Donna Anna in Mozart’s Don Giovanni, Juliette in Gounod’s Roméo et Juliette, Lauretta in Puccini's Gianni Schicchi, and Cio Cio San in Puccini’s Madama Butterfly by Catholic University of American, Juliette in Gounod’s Roméo et Juliette by Bel Cantanti, Pousette in Massenet's Manon by Peabody.  and Micaëla, Frasquita, and Flora in highlights of various operas with Tunghai University Orchestra.  She has also sung the solos in Magnificat by Pergolesi, and Organ Solo Mass K. 259 by Mozart, and she has been invited to perform with the National Symphony Orchestra of Taiwan, the Opera Studio in Taiwan, and the Taiwan National Symphony Orchestra. In 2007, she was named Young Artist of the Year by the Mondial Chinese Vocalist Concourse.

During her Master’s and Bachelor’s degrees, she minored in piano. Dr. Chao also teaches beginning to intermediate piano to students of all ages. She believes by making music education fun, she can keep students motivated to improve their skills. She encourages her students to learn new techniques or repertoire every lesson so they can move closer to their goals. She helps her students at their own pace to achieve their goals and enjoy music.