The Greatest Showman - Music From The Motion Picture Soundtrack 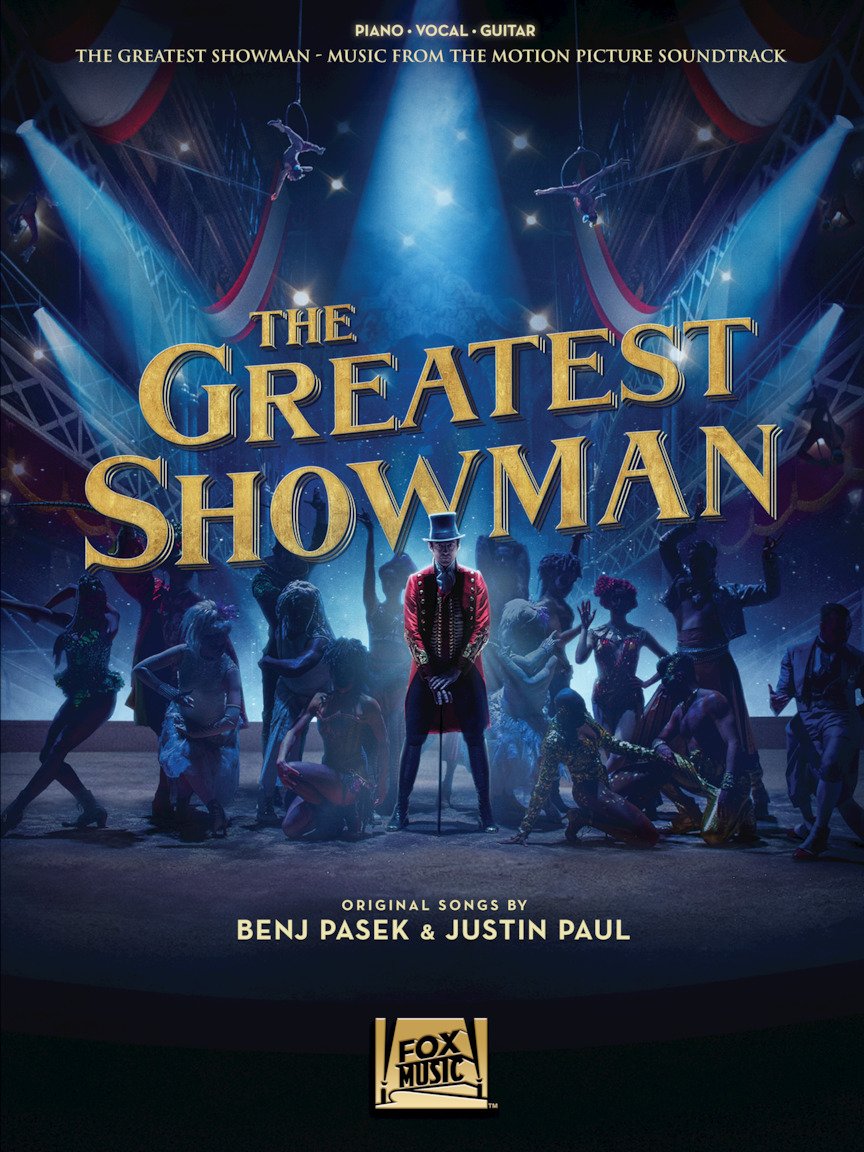 A musical drama biopic chronicling P.T. Barnum (played by Hugh Jackman) and his founding of the Barnum & Bailey Circus, this December 2017 film features a stunning soundtrack by Benj Pasek and Justin Paul of La La Land and Dear Evan Hansen fame. Our songbook features piano/vocal/guitar arrangements of 9 songs including the Golden Globe-winning This Is Me and: Come Alive · From Now On · The Greatest Show · A Million Dreams · Never Enough · The Other Side · Rewrite the Stars · Tightrope. Also includes full-color scenes from the movie.