Steve Kilgallon
Available for both virtual and in-person lessons 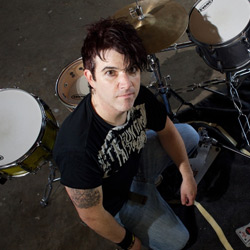 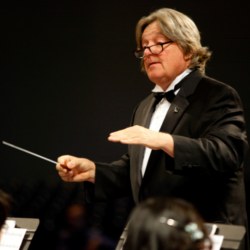 David Smith was born in 1949, grew up in Kensington, MD, and is a product of the Montgomery County Public School System where he graduated from Albert Einstein High School in 1967. David’s father, Johnny played music his whole life and was the owner of Smith’s Drum Shop, located in Wheaton, MD for 25 years. He graduated from the University of Maryland with a B.S. in Music Education. He then moved to Los Angeles and became the Director of Percussion at Los Angeles City College. While in Los Angeles, he finished his Master’s Degree in Percussion Performance with Mitchell Peters at California State University at Los Angeles. He soon became very active in the recording studios in Los Angeles. Some of Mr. Smith’s performing credits include film work, performing on “Apocalypse Now” and “Missing”, recording with the “Beach Boys” and performing with many artists such as Bob Dylan, Herb Jeffries, Charo, Diana Ross, Michael Jackson, Michael Bolton, and locally with Chris Vadala, just to name a few.

Mr. Smith moved back to Maryland and taught for the Baltimore County Public School System until 1993 when he accepted the position of band director at Mayfield Woods Middle School. In 2001 he was hired as band director of Clarksville Middle School. Mr. Smith has a Concert Band, Wind Ensemble, and Jazz Band all of which regularly receive superior ratings at festivals throughout Maryland, Pennsylvania, and Virginia.

Most recently Mr. Smith’s Clarksville Middle School Wind Ensemble was selected to perform at the prestigious Midwest Band and Orchestra Clinic held in Chicago. Hundreds of bands apply every year to be selected to perform at the Midwest Band and Orchestra Clinic; very few get invited. This is one of the highest accolades that can be given to any instrumental music program. His Wind Ensemble was the first band to be selected from Howard County and the first middle school band ever to be selected from the state of Maryland.

He is still active as a performer, guest conductor and adjudicator. He has written many compositions for percussion and has authored a beginning percussion method book, “Time in My Hands”, and produced a CD entitled “Dave Smith and Friends”. As a private teacher he has placed many students in the County and State bands from around the area. Some of Mr. Smith’s private students have gone on to have very successful careers, performing with James Taylor, Mister Mister, Phil Collins, The Chattanooga Symphony, and Madonna.

After teaching for 22 years in the Howard County Public School System, he retired from Clarksville Middle School. His retirement did not last long as he became the Director of Musical Studies at Gonzaga College High School where he currently teaches Theory, Symphonic Wind Ensemble, Concert Band, and Percussion Ensemble.

Tito Pediford
Available for both virtual and in-person lessons 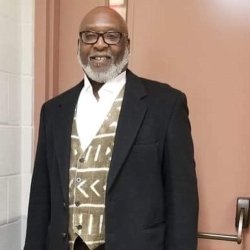 Windsor "Tito" Pediford holds a bachelor's degree in Fine Arts from an education shared between Julliard and City College. Tito is proficient in acoustic and electric bass, piano, all African and Latin percussions, vibraphone, trap drums, programmable synthesizers, as well as writing and arranging for brass, reeds, strings, chorus, and rhythm sections. Coming from a family heavily involved with music performance locally, nationally, & internationally, Tito was afforded the opportunity to perform with people such as: Miles Davis, Mongo Santamaria, King Curtis, Mandrill, G.Q, Change, Jocelyn Brown, LeRoy Burgess, Amel Larrieux, and others. Tito has toured around the world and across the U.S. He has led 3 bands of his own, 2 of which were published, and he was a side man for a host of disco records in the 80’s. Tito loves to push his students to reach their full potential with music! 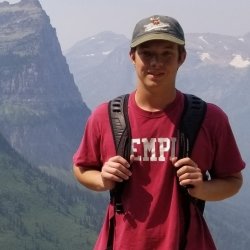 Harry is from Maryland and is currently a senior at UMBC. He is double-majoring in Spanish and Linguistics with a psychology minor. Harry has been playing the drums for about 12 years, and has also started learning how to play the piano and guitar two years ago. He has played in a handful of bands in the past and currently plays in one that he started himself. The main types of genres he teaches are rock and funk, with a little bit of latin and jazz as well.