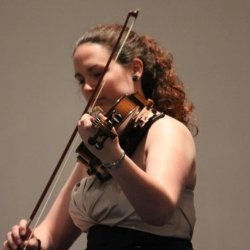 Elizabeth Robbins began studying the viola at age 9 and the flute at age 10, and has experience performing and teaching strings and woodwinds. She earned her Bachelor of Music in Music Education at Ithaca College, where she studied flute with Kelly Covert. She spent one semester at the Ithaca College London Center, taking lessons with Susan Milan at the Royal College of Music. After completing her undergraduate degree, Elizabeth moved to southern Maryland, where she taught pre-k through fifth grade band, strings, chorus, and general music for four years at St. Mary’s County Public Schools. While in Maryland, she earned her Master of Music in Music Education from Boston University. In 2010 she played Griffes’s Poem for Flute and Orchestra with the Chamber Orchestra of Southern Maryland In Concert as the winner of the COSMIC Young Artist Competition.

Elizabeth earned her PhD in music education at Temple University in 2019. While at Temple, she worked as a TA in the music education department, which included serving as a graduate conductor of the Night Owls Community Band and teaching Woodwind Methods to undergraduate and graduate students. She also taught as an adjunct and supervised student teachers at West Chester University. During her doctoral studies, she was a member of the viola faculty for the Music Education Pathways program at Settlement Music School in Philadelphia, PA and was a member of the flute faculty at Ferrwood Music Camp in Drums, PA. Elizabeth is happy to be back in Maryland, teaching 4th-6th grade band and orchestra in Prince George’s County Public Schools.

Tae Ho Hwang
Available for both in-person and virtual lessons 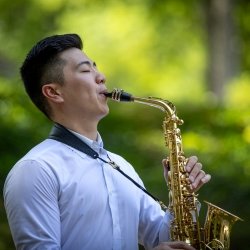 An advocate for education, Tae Ho Hwang has been teaching a variety of subjects to students of different ages and backgrounds for nine years. Tae earned a degree in Music Education from the University of Delaware, where he is certified to teach K-12th grade at public schools in Maryland and Delaware. As part of the degree, he completed a program where he was a full-time student teacher for four months directing symphonic bands, jazz ensembles, steel pan band, chorus, orchestras, and also instructing musical content in classrooms such as music theory and MIDI music technology. Tae has been teaching individual lessons since 2012. Experiences in classroom settings and individual lessons provide Tae a better understanding of his students, as he strives to become the most effective instructor he can be.
Kim Keehner
Available for both in-person and virtual lessons 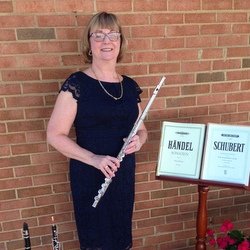 Kimberly McNicholas Keehner inherited her love of music from her father, who played trumpet with a US Army Air Force band during World War II. Kim began playing flute at age 10 and was a member of bands and orchestras associated with Towson University’s outstanding music department. She earned bachelor and masters degrees in music education at Towson where she studied flute under noted instructor Robin McKey-Day.

During a 32-year teaching career with the Baltimore County Public Schools, elementary and middle school bands and orchestras under Kim’s direction received superior and excellent ratings at both county and state levels of competition. In addition she served as the elementary instrumental music representative to the Maryland Music Educators Association and has played flute and piccolo with the Gettysburg Symphony Orchestra.

Kim specializes in developing a lifelong love of music and performance in the youngest musicians. Although she excels at playing and teaching woodwinds (flute, clarinet and oboe), Kim is happy to work with students who are learning strings and brass. Quite simply, Kim’s passion isn’t just music, it’s teaching the techniques that guide beginning players to excel. Whether working with young musicians in several Howard County schools or as a part of the Mike’s Music family, Kim is uniquely qualified to nurture the sheer joy that comes from making music.
Nelson Oseguera
Available for both in-person and virtual lessons 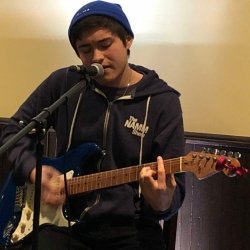 Nelson is a dedicated teacher who is committed to making sure his students explore their musical interests while simultaneously advancing their skill level. He has been playing guitar since he was 11 years old, and he also plays and teaches clarinet and ukulele. He has experience with piano, drums, alto saxophone, and bass as well. Nelson has been working behind the counter at Mike’s Music since 2016 with instrument rentals and sales. This has given him extensive knowledge on many instruments, microphones, pedals, and more. He has performed at private parties and restaurants in Howard and Baltimore Counties and is currently working on a debut alternative rock album as part of a band. Nelson is also a soloist performer and songwriter. He enjoys teaching alternative, pop, jazz, punk rock, heavy metal, neo-soul, funk, and foreign (Japanese rock, Korean pop, Spanish) music. He has a flexible teaching style that is tailored to best fit his student’s needs and interests in order to keep the student engaged. He loves helping others discover their passion for music and to see the joy and excitement light up a student’s face when they work on something hard and finally get it down! He is determined to give every student the opportunity to express themselves through music. 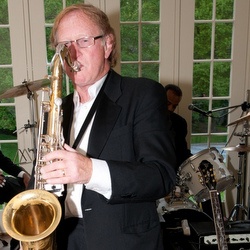 Stan has taught and performed for many years. He has toured Europe with Circus Ron Calli, played with The National Circus of Paris, and performed on numerous cruise lines. Stan has shared the stage with Aretha Franklin, Lionel Ritchie, The Platters, The Coasters, The Drifters, and The Crystals. He locally plays with “Maryland’s opening act to the stars” Gene Vincent and Cadillac Cruisers and has opened up for stars like The Beach Boys, Three Dog Night, and Joan Jett. He also writes horn arrangements for the group. As of October 13, 2013, Stan Rouse is being inducted into the Maryland Music Hall of Fame. Other inductees include Frank Zappa and Dennis Chambers.